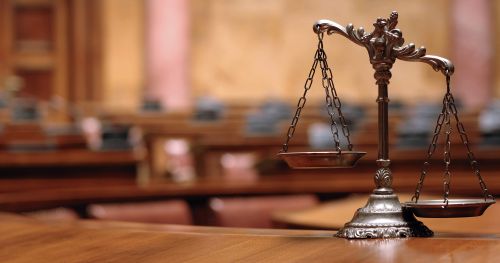 When I first started practicing in the probate courts, it struck me as curious that litigants in Cook County were not permitted to proceed pro se on petitions to open estates for deceased individuals. I distinctly remember a Cook County judge informing a distraught litigant that, although she was not aware of any case law on the subject, that she was not permitted to allow a pro se litigant represent the estate of his deceased mother.

Although precluding pro se representation in probate estates appears to have simply been the common practice in Cook County, it has not been adopted as the law of the land in Illinois. On October 8, 2019, the First District ruled in In re Estate of Carol Mattson, 2019 IL App. (1st) 180805,in an opinion written by Justice Terrence Lavin, that a non-attorney cannot represent the interests of a decedent’s estate in a pro se capacity. The Court relied on section 205/1 of the Attorneys Act, which holds that an individual not duly authorized to practice law cannot represent another person in a court of law. Id. at ¶ 6.

In that case, Daniel Houlihan was attempting to open a probate estate for his deceased mother, Carol Mattson. He sought to have himself appointed as independent administrator of his mother’s estate, and his petition was denied by the Circuit Court of Cook County because he was not represented by an attorney. In dismissing the appeal of the circuit court’s decision, the appellate court stated that “although a pro se litigant is entitled to represent his own personal interests, a non-attorney cannot represent another’s legal interests on behalf of that individual. Id.  The estate of his mother, it concluded, is a separate party under the law, and based on the case of Ratcliffe v. Apantaku, 318 Ill. App. 3d 621 (1st Dist. 2000) the court concluded that Daniel’s petition was rightfully dismissed.

In dissent, Justice Michael Hyman pointed out that Ratcliffe was a very different situation. There, he noted that the appellate court applied the “nullity rule” – which states that a case may be dismissed if a person who is not licensed to practice law represents another party in legal proceedings – mandated the dismissal of a wrongful death complaint brought by a special administrator on behalf of her mother’s estate because medical malpractice and wrongful death cases are “complex cases that require the expertise of an attorney.” Id. at 626-27.  Justice Hyman went on to argue that, in Ratcliffe, the plaintiff sought to bring a claim on behalf of another party rather than simply represent an estate. Since Daniel was not representing the estate of his mother at the time that he filed his petition, but rather was only seeking the permission of the court to do so, his petition should have been allowed to proceed. Mattson at ¶ 19.

The dissent noted that the practice of prohibiting pro se litigants from opening decedents’ estates appeared to be a customary practice limited to Cook County, Illinois. It cited the fact that the pre-printed forms produced by the courts of DuPage, Kane, and Lake Counties, among others, offered a checkbox for pro se litigants. Justice Hyman concluded that he could “only surmise the trial court may have applied an informal rule applied in Cook County that prohibits pro se petitions for letters of administration. If so, the practice should be abandoned, as it has no basis in law.”

As of today, Cook County’s informal rule does have a basis in law, and the First District has left no doubt that a petitioner seeking to be appointed representative of a decedent’s probate estate must be represented by an attorney.