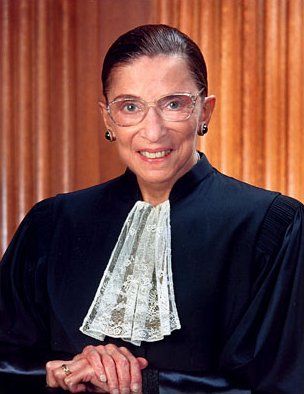 In a striking opinion, the Supreme Court vacated a decision by the Ninth Circuit Appellate Court involving the conviction of an immigration consulting firm owner after the Ninth Circuit improperly expanded the scope of the questions presented on appeal. In so doing, it expressly rebuked the appellate court for overstepping its bounds.

In United States v. Sineneng-Smith, the Responded was convicted by a California state court of violating certain sections of the United States Code which make it a felony to encourage or induce an alien to come to, enter or reside in the United States knowing, or in reckless disregard of the fact that it would be in violation of law. Respondent had assisted clients already working in the United States illegally to file applications for a labor certification program that had once existed, knowing that the application-filing deadline had long since expired. She promoted her services, collecting more than $3.3M from her unwitting clients.

In the trial court where she was convicted, Respondent argued that the provisions of the statute did not cover her conduct, and even if they did, that they violated the Petition and Free Speech Clauses of the First Amendment. After she was convicted, she essentially repeated those same arguments on appeal before a panel of the Ninth Circuit.

After the case was argued, the panel essentially moved the case to a different track. Rather than decide the case on the merits as presented by the parties, the court named three amici and invited them to brief and argue other issues that were framed by the panel, including whether the statute under which Respondent was convicted was an overbroad restriction of free speech under the First Amendment. The Ninth Circuit eventually concluded that, yes, the statute was overbroad, and entered judgment in Respondent’s favor.

Justice Ruth Bader Ginsburg authored the opinion for a unanimous court, essentially rebuking the Ninth Circuit for engaging in judicial activism. The Court vacated the appellate court’s judgment and remanded the case “for an adjudication of the appeal attuned to the case shaped by the parties rather than the case designed by the appeals panel.”

Ginsburg noted that courts must follow the principle of party presentation and rely on the parties to frame the issues for decision rather than take it upon themselves to craft the issues. Courts are to be neutral arbiters of matters presented by the parties, and “do not, or should not, sally forth each day looking for wrongs to right.” The proper role for a court is to wait for cases to come to it, and when cases arise to decide them based on the questions presented by the parties. Only in extraordinary circumstances, such as those involving pro se litigants in criminal cases, should a court stray from the principle of party presentation. The Court concluded that no extraordinary circumstances justified the Ninth Circuit’s “takeover” of the appeal, and it vacated the Ninth Circuit’s judgment and remanded the case “for reconsideration shorn of the overbreadth inquiry interjected by the appellate panel and bearing a fair resemblance to the case shaped by the parties.”

Justice Clarence Thomas wrote separately, concurring in the Court’s decision but going a step farther to indicate his disagreement with merits of the decision in finding the statute unconstitutionally overbroad. Acknowledging that he had previously joined the Court in applying the overbreadth doctrine, he has “since developed doubts about its origins and applications.” In his evolving view, the overbreadth doctrine “lacks any basis in the text or history of the First Amendment, relaxes the traditional standard for facial challenges, and violates Article III principles regarding judicial power and standing.”

By inviting the Court to consider revisiting the doctrine in an appropriate case, Thomas appears eager to retire the use of the overbreadth doctrine, which most recently has been used to invalidate statutes criminalizing lying about earning military honors and disseminating materials depicting animal cruelty.