Aggressive Pursuit and Protection of Your Rights as a Fiduciary, Heir or Beneficiary. Schedule an Appointment or In-Home Meeting Today. 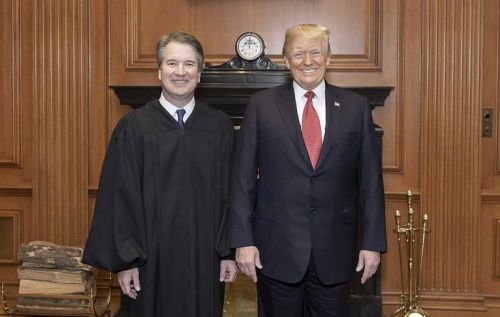 The Supreme Court issued a ruling on Monday sending a major Second Amendment case back to the lower courts rather than ruling on the merits, thus preserving the issue as an election campaign topic of discussion. In New York State Rifle & Pistol Association, Inc. v. City of New York, New York, the Court declined to issue a ruling as to whether a New York City rule restricting the transport of licensed firearms outside of the city limits, such as to a target range or a second home, was unconstitutional, finding instead that the case was moot in light of the city’s decision to repeal the ordinance in question.

Article III, §2 of the United States Constitution limits the Court’s jurisdiction to actual cases or controversies. Therefore, when a statute or regulation is challenged but is repealed before it arrives to the high court, as here, no actual case exists and the matter is to be either dismissed or remanded back to the lower courts as moot. In a per curiam opinion, Justices Ruth Bader Ginsburg, Stephen Breyer, Sonia Sotomayor and Elena Kagan were apparently joined by Chief Justice John Roberts and Justice Brett Kavanaugh in finding that the case was moot and agreeing to remand the case back to the lower courts.

After the Court agreed in January, 2019 to hear the case, the City repealed its ban and the state changed its law. The City therefore argued that the case should be dismissed as moot. Although the lower courts had all upheld the ban at every level, the petitioners pushed the Supreme Court to issue a ruling on the merits of the case rather than punting, apparently confident that their position would prevail.

Justice Samuel Alito authored a dissenting opinion which was joined by Justices Clarence Thomas (for most of the opinion) and Neil Gorsuch. Those justices disagreed with the Court and forcefully argued that the merits of the case should be addressed because the case was not really moot. The petitioners, they argued, had not obtained all the relief that they requested, and it was still possible for the petitioners to request other relief at the lower court level.

Justice Kavanaugh also wrote separately. While concurring with the Court’s decision to remand the case as moot, he appears eager to take up a Second Amendment case in the near future. He wrote, “…I share Justice Alito’s concern that some federal and state courts may not be properly applying Heller and McDonald. The Court should address that issue soon, perhaps in one of the several Second Amendment cases with petitions for certiorari now pending before the Court.”

Justice Kavanaugh’s concurring opinion makes clear that the Court is likely to take up a Second Amendment case very soon and that he would side with Justices Thomas, Alito and Gorsuch in striking down any attempt to limit Second Amendment rights.

The two landmark rulings referred to by Justice Kavanaugh are District of Columbia v. Heller and McDonald v. City of Chicago. In 2008, the Supreme Court ruled on the Second Amendment for the first time in almost 70 years, striking down a ban on handguns that had been imposed by the District of Columbia. The Court, in an opinion authored by Justice Antonin Scalia (and joined by Chief Justice Roberts), affirmed an individual’s right to keep handguns in the home for self-defense under the Second Amendment.

After walking through the history that gave rise to the Second Amendment and discussing its grammatical peculiarities, Justice Scalia was careful to note that “[l]ike most rights, the right secured by the Second Amendment is not unlimited. [It is] not a right to keep and carry any weapon whatsoever in any manner whatsoever and for whatever purpose.”

After Heller, a question remained as to whether states and municipalities could ban firearms in the home or whether the Second Amendment only precluded the federal government from instituting such bans. In 2010, the Court decided McDonald v. City of Chicago, a case brought by residents of the City of Chicago and Oak Park to strike down the complete handgun bans that those municipalities had imposed, establishing firmly that the Second Amendment does, in fact, apply to state and local governments just as it does to the federal government.

Justice Kavanaugh’s concurring opinion sheds light on the conservative justices’ frame of mind and makes clear that they are willing – no, eager – to wade back into Second Amendment waters. More importantly, by passing on this case based on a technicality (when, as Justice Alito expressed over 31 pages there was a sufficient Constitutional basis to decide this case if they wanted to), Chief Justice Roberts and Justice Kavanaugh preserved the Second Amendment as an presidential election campaign issue.