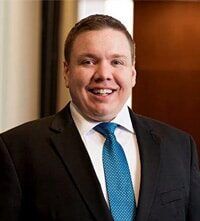 After more than 4 years of litigation, Matthew Hess recently obtained summary judgment on behalf of a woman who was being sued by the two sons of her close family friend, after the friend designated her as the beneficiary on a 401(k) account in place of the two sons before she died.

The sons alleged that our client improperly influenced their mother into executing the beneficiary change form. Their mother had been legally blind since 2010, and the plaintiffs argued that the transfer was void because our client assisted their mother in completing the form, relying on the Presumptively Void Transfers Act (the “Act”).

The Act was enacted in 2015 to protect vulnerable individuals from being taken advantage of by their caregivers. Under the Act, any transfer of property valued at over $20,000 to a “caregiver” (including by a will, trust, transfer on death instrument or beneficiary designation) is presumed to be void. A caregiver can overcome this presumption by proving by clear and convincing evidence that the transfer was not the result of fraud, duress or undue influence.

The sons argued that our client should have been considered a “caregiver” under the Act because she helped their mother with certain aspects of her life after she went blind, including cleaning, grocery shopping, paying bills and writing checks. Importantly, the Act defines a “caregiver” as a person who assumes responsibility for another person’s “activities of daily living.” And although the Act does not define “activities of daily living,” the Illinois legislature has previously defined that term to mean “eating, dressing, bathing, toileting, transferring, or personal hygiene.”

Here, the sons did not have a close relationship with their mother. One of the plaintiffs could not recall ever seeing his mother between 2010 and 2016, and he only spoke to his mother 3 to 6 times during that span. The other son estimated that he saw his mother 4 times during that time period. They did not learn that they had been previously named as beneficiaries on the 401(k) account until after their mother’s death.

Contrarily, our client and her family considered the plaintiffs’ mother to be like family. Before becoming blind, they used to go on vacations together and spend weekends and holidays together. When the plaintiffs’ mother went blind in 2010, our client and her family began taking care of her. They would often go grocery shopping for her, bring her food, help her pay her bills by writing out checks, and they visited her almost daily. There was no evidence, however, that the sons’ mother was unable to eat by herself, dress herself, use the bathroom by herself, or tend to her own personal hygiene.

After obtaining dismissals on a number of other counts of the sons’ complaint, including those based on undue influence, financial exploitation of the elderly, and tortious interference with an expectancy, Attorney Hess obtain summary judgment on the sole remaining cause of action based upon the Act. During the summary judgment proceedings, the Court agreed with our two main arguments: (1) that the plaintiffs did not meet their burden of proving that our client was a caregiver; and (2) that the presumption of fraud had been overcome by clear and convincing evidence.

In finding that our client was not a caregiver, the Court concluded that there is a difference between being a caregiver and being a good friend helping someone “out of the goodness of your heart.” The Court did not stop there, however. It also concluded that even if the Act did apply – that is, even if our client could be considered a “caregiver” – summary judgment would still be granted because we overcame the presumption of fraud by showing clear and convincing evidence that the execution of the form was not the product of fraud, duress or undue influence.