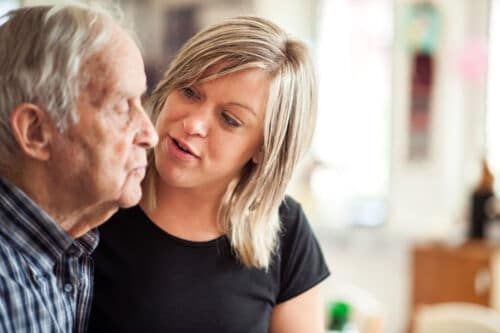 When you lose a loved one, the grief you are forced to endure can be unbearable. The emotional anguish might be even more overwhelming in the event a dispute arises regarding their final wishes. However, if a testator was not of “sound mind” when they executed their last will and testament or trust instrument, their mental capacity may be questioned — and the estate planning documents may be challenged in court.

What is Mental Capacity?

Mental capacity, or testamentary capacity, refers to the cognitive state that must be possessed by a testator at the time they execute a will. In order for a will to be valid under the Illinois Probate Act of 1975, a testator must be at least 18 years old and of “sound mind and memory.” Specifically, they must know and remember the identity of their beneficiaries; understand the nature and extent of their assets; and have the ability to comprehend the plan for distribution.

What Conditions Can Impact a Testator’s Mental Capacity?

A declining memory is typically not enough to establish diminished capacity or form the basis of a will contest — and neither is a diagnosis of a mild cognitive impairment. Critically, certain types of cognitive impairments may affect a testator’s mental capacity, depending on the severity. Alzheimer’s and dementia are two conditions that can cause such a significant decline in cognitive ability that a will executed at an advanced stage may be rendered invalid.

In some cases, a cognitive impairment may be so severe that it requires the testator to have a court-appointed guardian. Importantly, a will that has been drafted following the appointment of a guardian is presumptively void. But it may still be possible for a testator to create a valid will if a guardianship is in place — a guardian may seek approval from the court to create a will on behalf of their ward. In such instances, a court will consider whether the will created by the guardian satisfies their ward’s wishes by applying the “substituted judgment” standard.

How Can Lack of Mental Capacity Be Proven?

Under Illinois law, testamentary capacity is presumed unless the contrary is proven. If someone seeks to prove that a will is invalid due to a lack of capacity, they must establish that the testator could not understand their will at the time it was executed. The following forms of evidence may be used to demonstrate a testator’s mental capacity:

A court may also evaluate evidence of a physical impairment in determining testamentary incapacity. If the individual contesting the will is successful, it may be voided in its entirety or in part. Should the entire will be voided, the decedent’s property would be distributed in accordance with Illinois intestate laws. In other words, it would be as if a will had not been created.

Undue influence is another common argument that may be raised to contest a will. While being unduly influenced by a wrongdoer doesn’t necessarily mean a testator lacked the requisite mental capacity to create a valid will, these two grounds are frequently linked. For instance, a testator may have drafted their will before the cognitive impairment arose. However, the undue influence may have been imposed to make the testator amend the will when they no longer had the ability to understand its contents.

Notably, a lack of testamentary capacity does not need to be shown to prevail in a will contest on the grounds of undue influence. While undue influence is not specifically defined by Illinois law, it requires a showing that specific actions taken by the undue influencer destroyed the testator’s freedom regarding the disposition of their property. Undue influence can also be demonstrated by establishing the existence of a fiduciary relationship. Significantly, there is a rebuttable presumption of undue influence in cases where a testator bequeaths $20,000 or more in their will or other transfer instrument to a caregiver — the legal burden is on the caregiver to prove undue influence did not occur.

If you believe your loved one lacked mental capacity when they executed their last will and testament, it’s crucial to consult with a knowledgeable trusts and estates attorney. An experienced attorney can discuss your legal options and advise you regarding the best course of action. Located in Rolling Meadows, Illinois, and serving clients throughout the Northwest suburbs and Chicago area, Hess Law Firm is committed to providing skillful representation and reliable advocacy for a wide variety of trusts and estates matters. Call (847) 367-6990 or email info@hesslawfirm.com today to schedule an appointment.