Home | How Often are Will Contests Su… 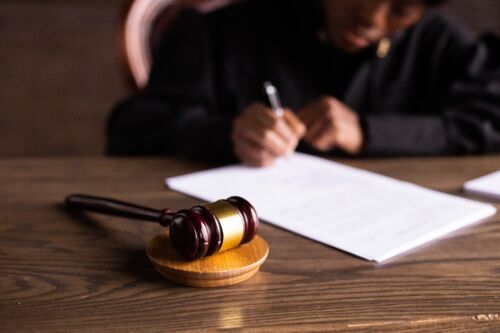 The process for contesting a will varies by state, and it can be a complicated matter. However, here's a general overview of how the court would go about invalidating one through will contests:

Will contests are usually successful when there's evidence that the will was not signed properly.

When contesting a will, you have to prove that the deceased person did not sign their will. If someone else signed the will for them, it could be considered invalid by contesting.

You can also contest if witnesses weren't present when the deceased person signed their will. This is also known as "forgery." For example, if someone has a signature on their bank account and decides they want to sign another document with that same signature and then die...their family member may decide that it's evidence of fraud and try to contest the will by arguing this point in court or via an affidavit (written statement).

When a person is deemed incapable of making a will, the court reviews the reason for incapability.

When a person is deemed incapable of making a will, the court reviews the reason for incapability. If it is determined that the incapacity was temporary and lasted for only a short period of time, then their will may be recognized as valid. The court may also review the circumstances of their incapability to determine if there were reasons why they did not make a new will after becoming mentally competent again.

Fraud or forgery can also cause a will to be contested.

This type of contest can be particularly difficult to prove, however, because those attempting to contest the validity of a will must show that the testator did not intend to change his or her property transfer instructions at all. In other words, they must show that they would never have wanted those changes made in their original document if they had known about them—which may be difficult given that many people who draft wills are elderly and perhaps not thinking as clearly as they once did. Generally speaking, when fraud or forgery is alleged in connection with a deceased person's estate plan (i.e., when one party alleges that another took unfair advantage through deception), it's nearly impossible to prove unless there was some sort of written evidence left behind by either party involved

A will can be invalidated for other reasons as well.

The likelihood of success in a will contest depends on the circumstances of each case.

The likelihood of success in a will contest depends on the circumstances of each case.

If you're considering a will contest, it's important to know what factors could lead to invalidating a will.

If you're considering a will contest, it's important to know what factors could lead to invalidating a will. If the person signing the will was of sound mind at the time and understood what they were doing and why, this is generally not enough cause for an invalidation. However, if there are signs that someone else pressured them into signing or influenced their decision-making process in some way (for example by telling them things like "This is your last chance" or "You have no choice"), then that could be grounds for invalidating a will.

If you have reason to believe that your loved one did not make their own decisions regarding their estate plan or that someone else pressured them into making changes without first being made aware of all relevant facts about their situation and potential outcomes from those actions (such as whether they would be better off probate), it's important to speak with an attorney who can advise you appropriately regarding how best handle these issues before proceeding with any legal action against another person involved in this matter such as lawyers representing either party involved."

To summarize, the success of a will contest depends largely on the circumstances of each case. If you're considering challenging the validity of a will, it's important to know what factors could lead to invalidating it and what steps you can take in order to increase your chances at success. If you believe there may be grounds for filing a will contest lawsuit, call (847) 367-6990 or email info@hesslawfirm.com today to schedule an appointment.