Can I Contest a Will In Illinois?

Home | Can I Contest a Will?

Can I Contest a Will In Illinois? 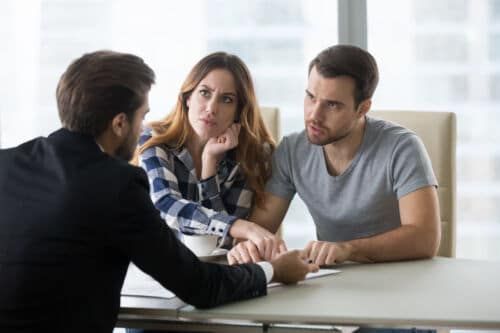 Losing a family member is hard enough — and it can be even more emotionally difficult if you learn that you’ve been excluded from their last will and testament. In the event your loved one passed away and you were wrongfully left out of their will, or you received a smaller inheritance than you believe you were entitled, there are certain legal steps you can take. Importantly, you may be able to contest the will in probate court if you have standing and a valid reason to do so.

Who Can Contest a Will in Illinois?

Under Illinois law, anyone with legal standing may challenge the validity of a will. In other words, you must have a direct financial interest in the estate that would be adversely affected if the court were to accept the will. Those with standing may include the decedent’s next of kin, heirs, legatees, creditors, entities named in the will, and others who could benefit if the will contest is successful.

Specifically, an individual may be eligible to contest a will if they would have been entitled to an inheritance if intestate law applied. A beneficiary of a previous will that had been revoked by the current will at issue may also have standing. Illinois law specifies that the right to challenge a will extends to the heir or assignee of a person who would have been able to commence the proceeding.

Additionally, Illinois probate courts recognize the doctrine of “equitable adoption.” A party who is not a statutory heir may assert they have the right to contest a will if they can demonstrate that the decedent had the intent to legally adopt them, or they treated them as they would a biological child. Equitable adoption must be established by showing clear and convincing evidence that the testator’s actions were consistent with their intent and they formed a close, family-like bond with the individual seeking to gain standing.

What Are the Grounds to Contest a Will in Illinois?

Just because you are disappointed with the share of property you received — or didn’t receive — under someone’s will doesn’t necessarily mean you can commence an action in probate court to invalidate the instrument. You must have an acceptable reason under the law. Illinois recognizes several legal grounds upon which a will can be contested, including the following:

A will can also be challenged if the language used to convey their wishes is ambiguous, or the instrument does not comply with the formalities required by Illinois law. For example, a will can be invalidated if the execution was not properly witnessed, or the document was not notarized. In cases where the necessary legal criteria are not met, a testator’s estate will be distributed in accordance with intestate succession guidelines — in other words, it would be as if no will had been created.

What is the Procedure to Contest a Will in Illinois?

When someone passes away, their estate will typically go through probate. This process begins when the executor files a copy of the will with the court. During probate, property is identified, assets are located, and the decedent’s will is validated. Significantly, a party who has the standing and grounds to contest a will in Illinois must file a petition within six months after the will has been admitted to probate.

The petition must contain specific information, including the decedent’s name, date they died, and their place of death. It must also list the case number of the probate proceeding and the grounds under which the will is being contested. After it has been drafted, the petition must be filed in the same court in which the will was filed — this is usually in the county where the testator lived at the time of their passing.

All heirs and legatees of the decedent, as well as the representative of the estate, must be made parties to the will contest proceeding. Anyone who is a party in the action may demand a jury trial. However, even if the executor of the estate does not request a trial, they still have an obligation to defend the decedent’s will from being contested.

If the contest is successful, rendering the instrument invalid — and no prior valid will exists — the estate will be distributed in accordance with Illinois intestate succession law.

Contesting a will is no easy feat. If you believe you have good cause to challenge a loved one’s last will and testament, it’s best to have the representation of an experienced attorney who can help you navigate the process. Located in Rolling Meadows, Illinois and serving clients throughout the Northwest suburbs and Chicago area, Hess Law Firm provides skillful advocacy and dependable counsel for a wide variety of estate litigation matters. Call (847) 367-6990 or email info@hesslawfirm.com today to schedule an appointment.